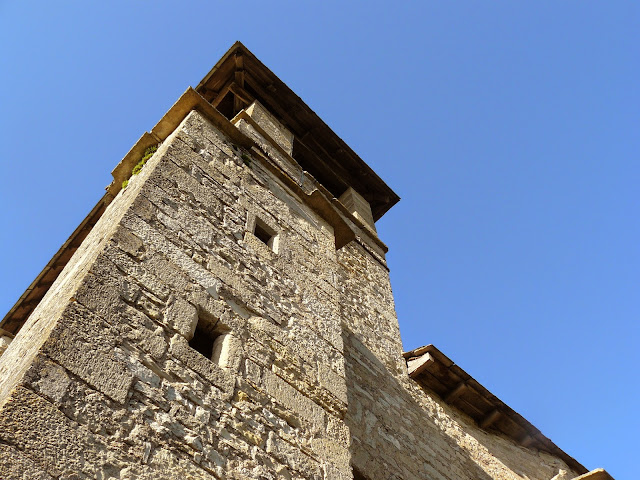 Looking up at the Eglise Saint-Vincent de Palmas

Last Sunday we had magnificent weather here, and I was itching to get out and do a little more backroad exploration. Unfortunately -- no, let's say fortunately, it needed to be done -- my husband got me wrapped up in a home improvement project at about 3pm, right before I was planning to leave.

I've heard that before! 4pm, 5pm, 6pm...I finally hit the road in the early evening which, on what was a hot day, turned out to be most pleasant.

My only plan was to head east, as I know very little of the whole area between Gages, where we live, and the impressive medieval city of Sévérac-le-Château.

My first stop, and the object of this post, was the tiny town of Palmas -- just 14 kilometres from my house, yet I had never set foot there. 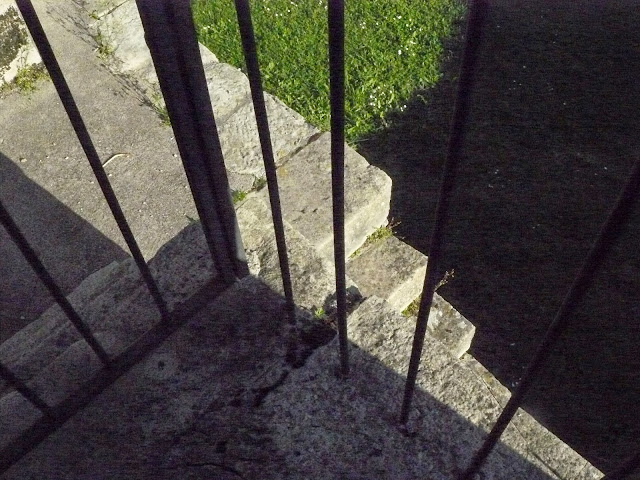 A precarious and surprisingly accessible climb

I was pressed for time (grumble grumble, yet that home improvement project WAS worth it), and I'm afraid I didn't do the place justice. Naturally, I found myself drawn to the most clearly visible site to see: the stark yet stunning Eglise Saint-Vincent de Palmas. 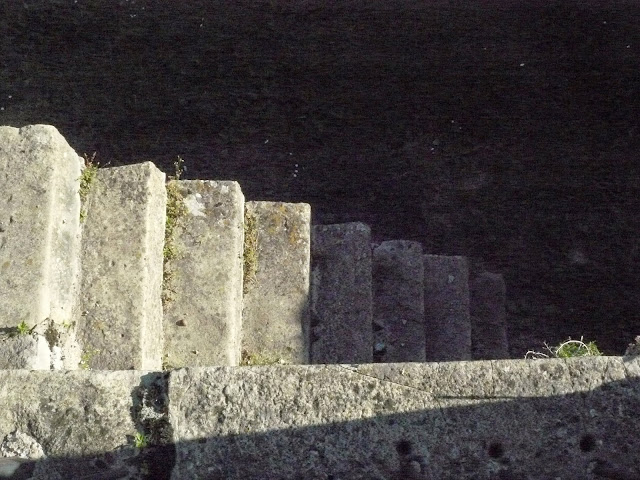 Were there really no railings up this staircase?

I was intrigued at the apparently permitted possibility of climbling up an exterior staircase to a tiny terrace, and even more surprised to be able to open the iron gate to go into it.

I perched up there for a few minutes, feeling a bit dizzy, and forgot to take any photos looking down. 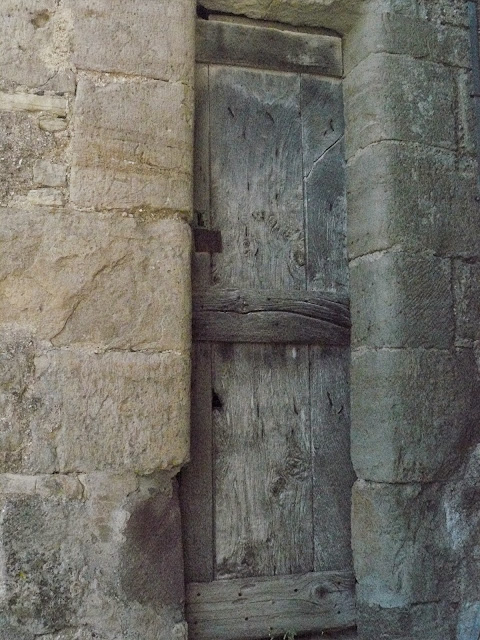 The narrow door at the top of the stairs

The door at the top of the stairs was only about a foot and a half wide -- I wondered about its purpose, and wondered even more about the advisability of passers-by (read:me) being able to climb up the stairs with no railing. But of course I was thrilled to be able to do so! 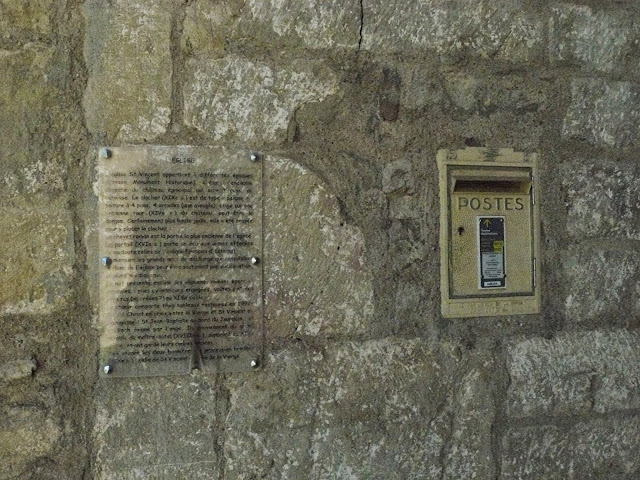 A church with a built-in mailbox 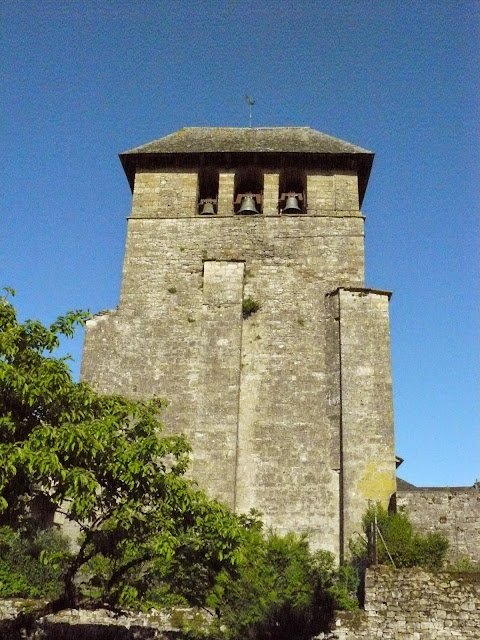 Front view of the bell tower

My visit to Palmas started and ended here. As the only person wandering around the village, I was already feeling conspicuous. An elderly woman had started observing me from her window; a dog started barking as I stood in front of its house to take this last shot. 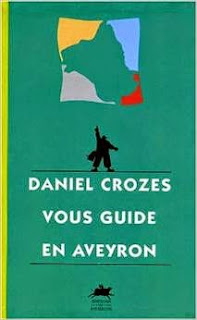 I later found out I had missed a lot: the vestiges of a castle, three distinct "quartiers," a 16th century bridge.

I have an excellent book by Daniel Crozes , a well-known local author, that gives an exhaustive wealth of information about every nook and cranny of Aveyron, but I have been consulting it after my outings only.

On further expeditions, Daniel Crozes will guide me -- at least once I've landed in the place I plan to explore.

Lovely pictures. It's fun to wander to new places and explore them. Sometimes you discover real treasures.

There are plenty of small towns within a 20 or 30 mile radius that I have never explored. Who knows what treasures lie undiscovered? I wouldn't have climbed that staircase though. Thank you for taking me up with you.

Alana, the staircase didn't go all of the way up -- not even a quarter of the way up! But it still was very high to be open to any and all...

Katie -- I imagine you would be amazed at what you find!

Betty Carlson
A native of Olympia, Washington, I've been raising a dual national family and teaching English in France for 28 years. I started this blog in 2005 and am currently sharing my many photos of Aveyron, Occitanie, France.

My Glimpses of Aveyron

Of Interest to Present and Future Expats